What’s the Difference Between Native and Hybrid Apps? 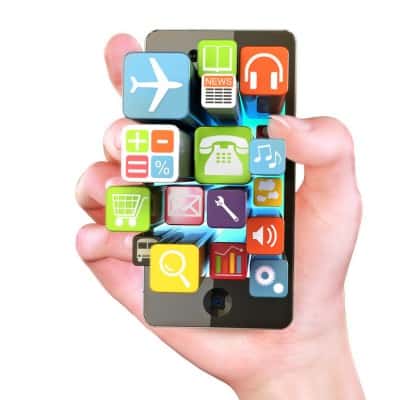 Even if you’re not familiar with the custom app development world, you may have heard the phrases “native apps” and “hybrid apps” thrown around. Not sure which one is right for you? VND is here to help.

Not all apps are created equal. The type of app that you develop will depend on the features you want and your compatible device preferences. There are pros and cons to each app type, but there is usually a best app for your situation.

The name says it all. Native apps are native to a mobile platform. This means that an app only runs on iOS or Android using the language that the platform supports. Since native apps are platform-specific, programmers need to have unique expertise for that platform.

There are advantages to going with a native app. Since the app is platform-specific, you have the full range of the platform’s potential to work with. This means your app can use more advanced features that are unique to the platform. Overall a native app increases your performance capabilities and has a better user experience.

Native apps are usually faster than web or hybrid apps. Since the app is on a native platform, you get the fastest graphics—this matters more if you have a lot of images or data that needs a better load time. Mobile gaming apps work better on native platforms because of their better speed and graphics.

Native apps are also a great idea because users are already familiar with the platform and its features, giving you a leg up on user satisfaction. If your app relies on native phone features like a camera and GPS, you’re better off with a native app as well.

Since a native app is designed for one specific platform, they can’t be used on different platforms.

As the name suggests, a hybrid app is a mixture of a native app and a web app. Hybrid apps are different from native apps due to their capability to embed HTML. This web code is placed in a small native container, “combining the best and worst elements of native and HTML5 apps”.

A hybrid app is actually a web app that’s been built with a language like HTML5 or JavaScript that is wrapped in a native app “skin” that allows the app to access native features.

Hybrid apps have some features of native apps, such as camera access, while still having the ability to be deployed across multiple platforms.

The best advantage to having a hybrid app, is the fact that you do not have to edit each platform specific app separately. If all that you require is basic native features as described above, in the native app sections, hybrid apps provide a way to access them using a single code base.

While hybrid apps have some features of native apps, they still don’t have the full range of features. Hybrid apps tend to lack a lot of features, which is a drawback for users. If you’re going for a great, creative user experience, a hybrid app may not be the best choice, particularly if your app is image-focused. Features such as push notifications will require a great deal of work to incorporate into a hybrid app.

When a user presses on the screen and pushes down on buttons or menus that cause the screen to change, there may be a slight lag on hybrid apps.

Native apps and hybrid apps have their own benefits and detractors. It’s important to decide which app is best for your ideas. That’s where VND comes in.