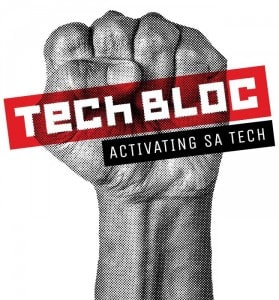 San Antonio Texas, is home to 1.4 million people, is often characterized as being the home of the Alamo and the San Antonio Spurs (Go Spurs Go). But have you considered that we could also be an influential leader in the tech industry? That maybe some day (sooner than later we hope) San Antonio, Texas will be a city that brings and retains talent that helps support businesses and growth?

Truth is, San Antonio is in trouble after losing Uber and running off Lyft ?. We have “potential”,for greatness, but we are falling behind in the battle that has been created by the age of the Internet. The overwhelming pace at which technology is changing the world, and how people exist in this world, is so apparent that denying it is unfathomable.

This virtual race is why Visual Net Design is standing in the forefront of innovation and progress, hoping that we, along with other tech geeks who see a future that must be grabbed and nurtured, in order to guide our beautiful city to greatness through developing what attracts the ones who will continue to add to our growth and development.

“TechBloc, a group of tech entrepreneurs, employees, investors, and allies committed to bettering the tech community and economy in San Antonio. We will engage our city leadership and hold them accountable for getting San Antonio on track. We will be hands-dirty participants in spurring change and progress. We will foster more collaboration among the people driving our economy today. Finally, we will invest our time and money in the tech economy of our city.”- TechBloc

The following basic beliefs are the core of our view for San Antonio’s future.

The future is ours. Let’s help support growth for our city! We encourage you to show your support tonight at Southerleigh Fine Food and Brewery from 5 to 7PM.  Mingle with technology, and see how San Antonio can help set the standards for the technology that is developing our tomorrow.

For more information call us at 210.590.2734 or visit the Facebook Events page. Can’t wait to see you and all your genius tonight!