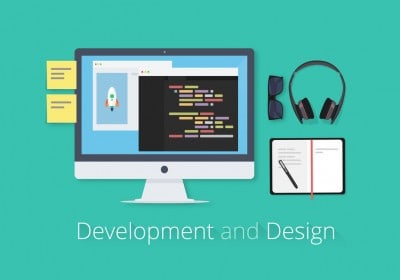 We’ve heard the terms ‘web design‘ and ‘web development’ tossed around interchangeably. Some freelancers in the industry even market themselves as ‘web design/developers’. However, there’s a major difference between the web design and web development, and it’s important to understand these differences when evaluating your options for a project project.

A web designer is just that — a designer. They understand the importance of UX design, and that the usability of the website or app is the most important aspect of a project. They also understand the science of chromatography and typography, and the effects both have visually on a user.

More often than not, a web designer would be the perfect candidate to work with you to wireframe and slice the elements from this concept into a working front-end masterpiece.

Oftentimes a web designer will know how to convert a mock-up into working HTML/CSS. But this isn’t always the case, since a designer will spend most of their time keeping up with current design trends and standards rather than learning how to code.

Development is crucial to any project. A web developer is the person who receives working HTML/CSS files from a designer and will then implement the required JavaScript functionality on the front end. They then set up the necessary database technology to power an app or site and then script all of the server-side code necessary to process direct user input into valid requests and queries for the server to understand.

Both work in tandem

At Visual Net Design, our designers and developers work in tandem to take a project from concept to launch.

Our designers work with a client to conceptualize a project and create the mockup. After this is completed, our designers will slice the design, render it to HTML/CSS, and then pass it on to our developers.

Once our developers receive the working files, they implement the necessary functionality, perform basic beta testing, and then deploy the project to the client’s server or host of choice.

Either way, now you can decipher whether you need web design or web development to start your project or killer app. If you’re still not sure, contact VND today to talk about your project.